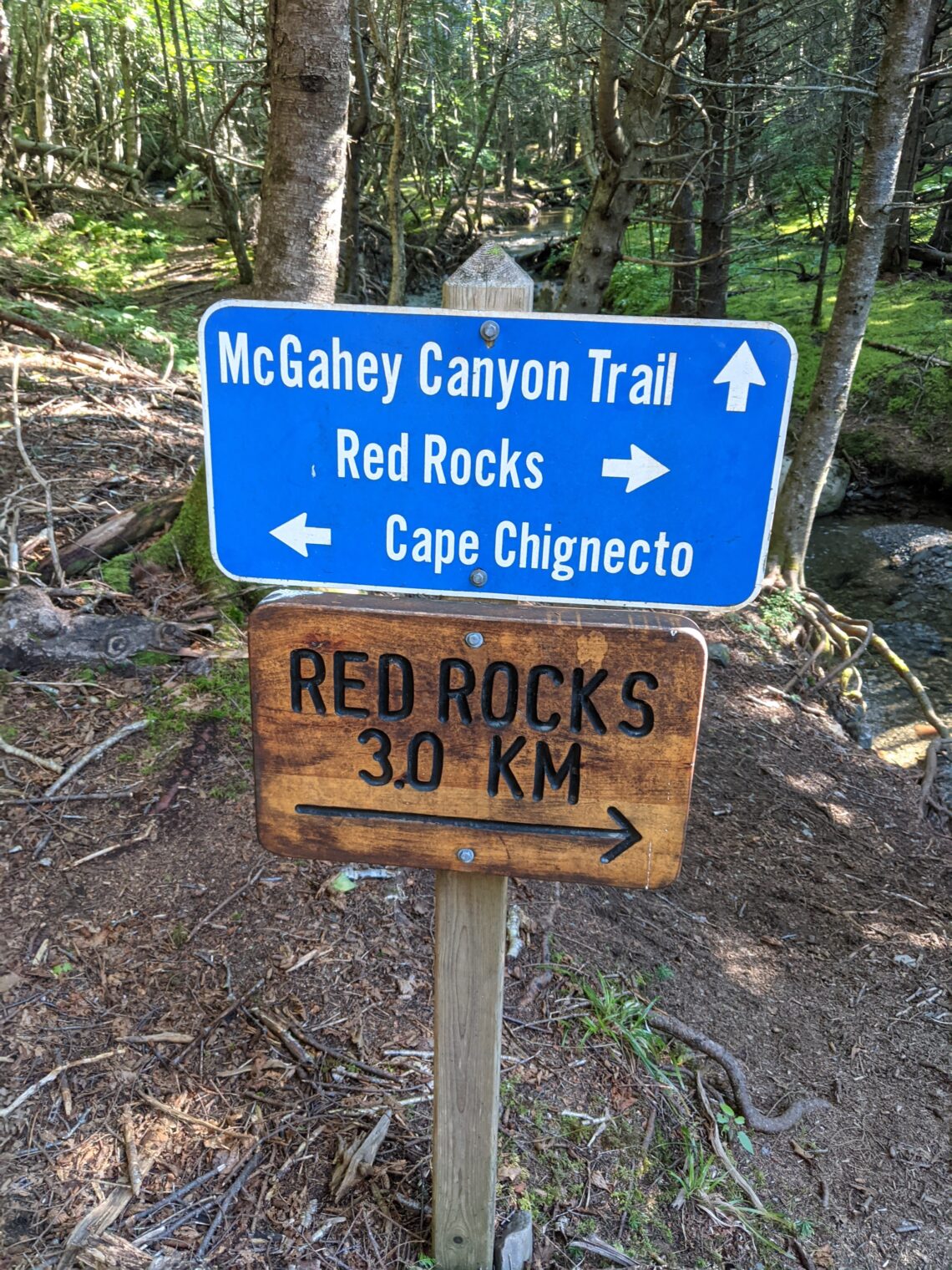 Cape Chignecto was a goal, a dream, a Bucket List item. I wanted to see the Three Sisters from up high; to take a selfie with the sign on the cabin saying Carey’s Brook.

In the end, I did neither of those things.
What happened?

January is the month that encourages you to plan,and to make and work steadily towards goals. I feel it was not for nothing that I stumbled across the phrase “ Life Begins at the End of Your Comfort Zone.”
I took that literally.

I announced my decision to hike Cape Chignecto to all the world via Facebook. I inquired if anyone may be interested in joining me. I researched, researched and researched everything; training, gear, the trail itself.

Bought a bit of nifty lightweight gear. Made plans for food. Found a hiking partner or three.

Started a training plan which consisted of lots of hiking and as many inclines as I could find.

I was ready! I was prepared-or so I thought.

Turns out, not so much.

Actually, that is probably not fair. I DID know what I was getting into. I’d done the Red Rocks to Refugees Cove once before- maybe 20 years ago-so I knew about the hellacious ascents and descents along the trail.

I had aged- but physically quite active. But, it seems not ‘long distance ‘active.

It was forecasted to be hot. I hate hot. It can make me physically ill. But-cabins were booked, vacation was set, backpacks were stuffed with clothes, sleeping bags and instant coffee.

The hike…. Was tough almost from the get go. That’s ok-we expected that. It just kept getting hotter and hotter and the climbs -especially that last damn switchback before Arch Gulch cabin -went on forever. Every time we came around the turn-hoping and expecting to be at the top, we weren’t . The switch back went on and on seemingly up to the sky.

Yes, I exaggerate. A little.

Made it to Arch Gulch and thought about the next day-just as hot with even worse elevation.We decided to quit and got the hell out of there.

Quit seems an awful word, doesn’t it ? In this case, for me it is- makes me feel ashamed and embarrassed.

It’s something I had to work through in my head. I even considered not telling anyone .
But where’s the lesson in that?

Because there were lessons.
I learned that:

I can’t be an example to any woman if I can’t show her it’s ok to change her mind. To let go of a goal when it serves her better. To cry uncle. To quit.

Quitting is not the same as failing

I am stronger than I realized and all the work I put in was not in vain.

I learned how to prepare for a backpacking trip and to access what could have been done differently.

I learned that I can carry a 25 lb pack on my pack, light a teeny tiny stove  and operate a Satellite GPS device.

I learned that being honest allows me to purge that stinking thinking , let my friends and family step forward to encourage me and perhaps, let someone be encouraged and emboldened through my journey.

Am I done backpacking? I don’t think so. I have always loved Keji and there are nice little islands there to try.

I may not even be done with Chignecto.

I am not too old to do hard things. And also smart enough to know when it’s time to quit. 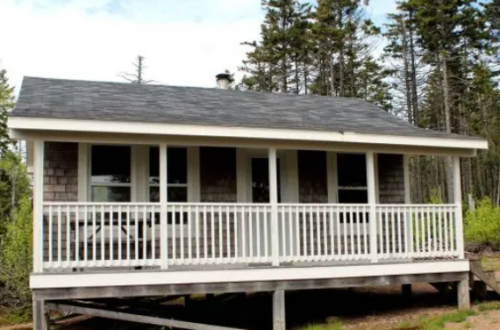 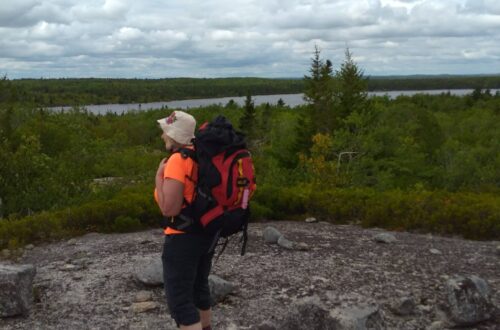 Starting a Training Plan for the Cape